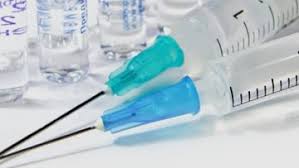 It is a good idea to have a tetanus shot at least every ten years, although for those of us who are always working in the soil, five years is probably preferable. We all work in the garden and sometimes get stuck with thorns. A small cut or scrape is enough to admit tetanus bacteria.


Tetanus bacteria live in the soil and compost. It can have some rather unpleasant symptoms and cause very serious problems and nobody needs those which make having tetanus shots very important.


According to webmd.com, you should suspect tetanus if a cut or wound is followed by one or more of these symptoms:


·        Stiffness of the neck, jaw, and other muscles, often accompanied by a grotesque, grinning expression


·        Uncontrollable spasms of the jaw, called lockjaw, and neck muscles


·        Painful, involuntary contraction of other muscles.


Since there is not a lot going on in the garden now, please call your doctor and make your appointment.


Until next time. Stop and smell the roses.